Magnifying effect on powerpoint, like what? actually it's not easy to describe what i mean into title but i hope that title will represent it. Magnifying effect is like when you use loupe glass. now you got it or still don't understand? ok just look into the picture below is like that what i mean. 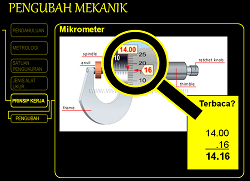 Make magnifying effect animation is not simple actually, because you need ability to mastering animation on powerpoint. and i will not showing you in detail, but at least you will understand what i will explain. and you can download file in below so you can easy to learn from my sample.

After you have 3 picture, now how to put that picture to make effect like magnifying. first picture is a general picture, placing in slide that you like. after that, give small loupe icon in the place that you want to magnified. place on it, give bigger loupe icon with detail picture, group it together. Now you i will show you the screenshot on my powerpoint below, but i move group picture on the side so make you clear. 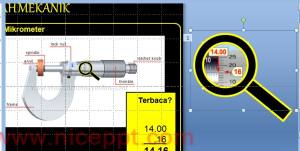 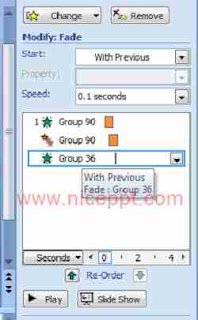 It's ok if you still don't understand. As usual, i give you a sample for free so you can learn from it. if you don't mind, please share this article or just joined facebook fans so you will get update article from this site.

Posted by Rieza on Thursday, October 18, 2012 - Rating: 4.5
Title : Magnifying Effect on Powerpoint
Description : Magnifying effect on powerpoint , like what? actually it's not easy to describe what i mean into title but i hope that title will repres...