Perception, in my opinion perception is like you see one thing but you can see not only one but two, that’s is perception. It's mean that what you think maybe not same like the other. So, when people different with you, it's doesn't mean he is wrong, maybe just different. What we think, maybe not same like him

Perception it's one of lesson that I get when first time joint college, My senior teach me that. I think that’s good, because it will make me accept other people what they are. Not what I want, but pure as they are.

At that time, my senor teach me with the picture. He teach about perception with showing a picture, and ask What you see? at that time what I saw it’s different with my friend, and I think with seeing at the picture again, he's also true. So that is nothing wrong, everybody true what they see at picture. 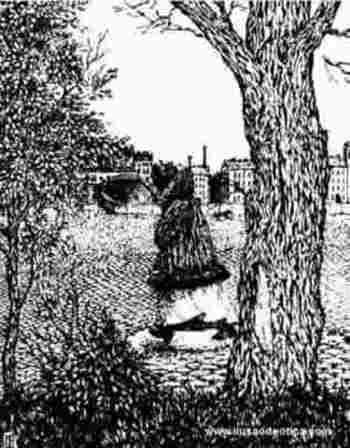 Ok, let's do one sample. What you see from a picture above? You see face of old man, with bald hair. Or you see one lady walk into left side at the edge of river?

Two of them it's true. If you see from farther side, you will see the bald man. But when you focus in the middle, you will see woman. So, that is perception, everything is correct depend on how you to see.

Actually, I don't have powerpoint like my senior teach me. But, you can create your own powerpoint by downloaded from above. What I will give you it’s a powerpoint with many image. there are hidden image on it, and sometimes one image also give two meaning. That’s I mean of perception, you can download it above.

Posted by Drieant on Friday, July 4, 2014 - Rating: 4.5
Title : Download Lesson of Perception Powerpoint
Description : Perception , in my opinion perception is like you see one thing but you can see not only one but two, that’s is perception. It's mean th...